I have grown, I know that, I'm jaded and have a tinge of cynicism - thats for damn sure. If it's even possible, I'm even more set in my ways.

A lot has happened in the last 10 years, some documented on here, others not. I think I want to be better about documenting the little changes in my life. There are a lot of people I wish I was still close with, but life changes have caused us to fade apart. I'll forever be a nostalgic person, and I feel spread thin as far as friends goes as it is - but it saddens me that some people aren't as big apart of my life as they once were.

I've been more social lately, it helps that I'm meeting people I enjoy being around. This city isn't as inspiring as lots of people say it is, it mainly inspires me to be reckless. I feel like I have a lot of recklessness to get out of the way, but am not in the position to do so.
I'm still endlessly broke, I'm in the preliminary stages of donating my eggs - which will give me a nice hefty check for $8,000, and possibly a little mini angie roaming the streets.
I work at a restaurant in Soho that absolutely has its flaws but overall I enjoy it. I'm friends with my coworkers, I have interesting nights, and its pretty laid back as long as I'm not working with the one manager thats a major dipshit.

I may have failed a class this semester, and even still I did pretty terribly. It was tough. I chose this major to stimulate my craving to learn, and I bit of more than I can chew (but I have every intention of sticking it through unless I get kicked out for terrible grades). This semester caused me to feel like I was on the verge of a nervous breakdown for 2 months straight.

The distaste I developed for writing has managed to take over and provide (what I'm assuming to be) fairly incoherent sentences with poor grammar, so bare with me.

I've had this for 10 YEARS! 10 FREAKING YEARS! I really want to go through my old entries but it may make me too nostalgic.

Jist of my life: I love living in new york, school is kicking my ass, i'm stressed with an tone of happiness but I miss dc and the friends I've maintained from there (so, like, 2 people)

I want to have a real update, but I have grown to hate writing. I will, I get bursts of inspiration but am never by a computer.

I don't understand how I sleep for 4-5 hours every night, am ridiculously exhausted during the day but come time to go to sleep I can't fall asleep for the life of me.

I go through stressful situations, but don't typically realize I'm stressed until I notice my behavior aka I become a huge crybaby.
It's embarrassing to start crying in the middle of tekserve in front of the mac nerds and customers when I find out that a) my warranty is void due to a crack in the plastic and I have to pay for a new hard drive out of pocket and b) all the stuff on my old hard drive is baaasically lost forever unless I pay 600 dollars. Also, embarrassing to be crying in the middle of class and on the subway.
Whatever, I guess, considering all that is on my plate right now I think I'm handling life in stride.

I can't wait to visit DC, I was speaking to some friends from back.. home? It's not really home anymore? From DC, and it feels like I've been gone for years. I feel so out of touch and out of the loop!

I had the weekend off, spent most of the time sleeping but did manage to squeeze some time to go to the Met. Amazing! Real Egyptian Tombs! I think next time I'm going to go alone so I can take all the time I want and fully soak in the old instruments and greek statues! Phoenician artifacts! Art from the Korean Renaissance! Did I just not appreciate the museums in DC or is the Met just amazing?

I am lying in bed trying to re-coop from this build up of exhaustion. I don't know how people do it with ease (or if they even do) but working full time and going to school full time is really really taking a toll on me.

This week is the sample sale for the designer I work for, and I volunteered to work on my days off (not knowing how awful it would be). Imagine working at forever 21 times 1000. Imagine working at forever 21 times 1000 after being in class since the morning. Maybe it isn't that bad, but my body doesn't feel that way. I was so exhausted on the way home I felt like I was going to throw up then pass out.

I don't know if I've ever been so... hectically full. Any free time I have is spent on school work, then errands... grocery store, laundry, cleaning house.... showering. Seriously, my hygiene has gone down the pooper (no pun intended) because I simply do not have time to bathe.

I want to be social, and see - how lame do I feel having to constantly flake on plans because I have to do a laundry, or get groceries, or because I fall asleep.
On top of that, I don't even have the money to do anything social - I am only making ends meat, and thats a first for me, too. I've always had a job where I made enough money to be able to go out to eat every now and again or buy myself some clothes once in awhile.

I like all my classes this semester, but my speech class is one of my favorites to go to. Not because of the subject matter, the subject matter is probably my least favorite - but its the class with the most laid back teacher and everyone is really friendly with each other. It's the only class I talk in and have people who know my name and a friendly relationship with. The girl that usually sits next to me is this really sweet, shy girl that lives in the Bronx and in the beginning of the semester she mentioned how she used to cut herself - she has scars allllll over her arms and she always wears long sleeves. She told me she had stopped for awhile and was in a better place and all that. She was back in class today from a few absences and she was sad and fragile acting and when I talked to her she admitted to me she was in the hospital because she cut herself again and had to get 36 stitches. I don't know her well enough to feel comfortable really being the overprotective person I can be, but it really saddened me. I just hugged her and she laughed.
I also found out this kid I grew up with died last month from a heroin overdose.

i love having nights where you accidentally get drunk with your old friend in the comfort of your cozy home.


cherish from gweedle on Vimeo.


bananas from gweedle on Vimeo.


hiccups from gweedle on Vimeo.

This is me literally every morning

I live in Brooklyn! I spend most my time on the subway! I have a cuteeee apartment and am busy all the time or too exhausted!

I got my first credit card! OH NO!

I have spent the last two nights signing up for different focus groups! I need more money!

Is it true livejournal may be shutting down?

I just realize I've had this journal for nearly a decade.. My entries have gotten sparse and less detailed about my life, but I have documented some of the most embarrassing phases of my life!

I would never leave this thing based solely on sentiment, so please don't leave me lj!

Adrian and I got a sweet apartment in humble little Bushwick - hopefully my new GOOGLE PHONE with its isafe app will say it is SAFE because I don't think I'll ever properly be able to defend myself with mace. I think if I ever get attacked or something I'll do that thing where you just start screaming and convulsing. I've heard it works?

We spent a bunch of money at bed bath and beyond and target and we still have Ikea and Home Depot to tackle. He was on the phone and his friend wanted to do something and he was all "noo I've got to go to bed bath and beyond with Angie" and it made me feel like we're becoming old. We argued in the Target aisle about PUR water filters and various other coupley things. Oh goodness, not us!

I'm making two trips to ease Meechie into his new abode. I am sick of the 8 hour (round trip) ride it takes to go to and from and I've been doing it weekly.

I was stuck with taking shitty classes this semester because I had to register so late. Seriously, speech?!!!!?! history?!! philosophy?!! (maybe okay?) math!?!

I was hoping to be settled in NY during the inauguration but I'll be in DC around that time. REALLY REALLY REALLY not looking forward to those people and all that traffic and I'm scared of crazy Obama haters wreaking havoc on DC and then RIOTS. I am so scared of the WORLDD.

hey look josh took this good picture of me. 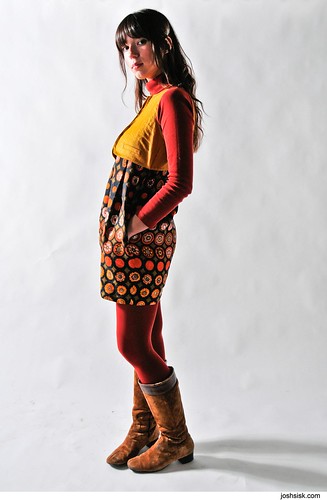 Sometimes I clean up nice when I'm not sloppy and have showered and I actually bother with my appearance.

I'm wearing my birthday dress but no one would no that because the memory card with my birthday pictures on it is stuck in my broken camera.

I just got this SPAM IM
rimmingcoho
2:57
hey Ehud im 7`11 26lbs sexy as Mega64 an im single lookin fa da right bike ta stab, so if u liken wat u see launch at me an well do da bone on bone LOl


REALLY? you're almost 8 feet tall and only 26 pounds? You want a bike to stab? I can bone on bone? WHAT DOES IT ALL MEAN, CRYPTIC PERV?

My NYE was lowkey, hoping for kind of an adverse effect with the year because when I try to make my NYE all crazy like my year always sucks (every year for the past like.... 10 years)


complaints (pt 1) from gweedle on Vimeo.

..with all that said I had a dream I applied at a topless restaurant when I move to New York.
Collapse